Follow this through to its conclusion and all the lights come on:

Saw Nicholas Witchell on the BBC News At Ten tonight talking about the decision by a judge to throw out the attempts by Jimmy Savile’s lawyers to have a civil case brought by one of his accusers dismissed.

“Let’s start with today’s ruling.  This is a pretty comprehensive defeat for Jimmy.  The clock is now ticking for him to face this civil lawsuit alleging sexual assault, which he denies.

But, No Good Options!

If he continues, he will have to give a deposition under oath; he will be cross-examined by his accuser’s lawyers.

Most lawyers, I think, would feel that he’ll have now to seek an out-of-court settlement, but will his accuser accept that or will they want their day in court?!

All of this, of course, a couple of days after the BBC confirmed the programme for the Platinum Celebration of 100 years of BBC DJ’s.  It should be a year that Tony Blackburn is able to celebrate and enjoy.

It is a monumental mess for Jimmy.  It is damaging, I think, for the Radio One DJ Team – there’s little doubt about that.  It is difficult and embarrassing for all those who are involved…. and there is a real risk that it could get worse.”

I may have got one or two words or details wrong when transcribing, but that was about it!  Seriously, I changed just a few (obvious) words; this is almost verbatim!  “But, No Good Options!” is verbatim, as is the appalling paragraph beginning “Most lawyers……”

Just possibly, Witchell and the BBC are nothing but establishment mouthpieces.

I tell you what would be a “good option”: that Prince Andrew is held accountable for his actions and faces the accusations against him in a court of law, as well as appropriate scrutiny of his friendship with the two convicted serial paedophiles (Epstein and Maxwell) – a friendship which continued even after Epstein was convicted the first time!

Then perhaps, when Prince Andrew repeats his ‘alibi’ that he took his kids to Pizza Hut in Woking at 4 or 5pm and then was at home with them, the judge will say: “You are accused of meeting Virginia Roberts at Tramp Nightclub which, as far as I can tell, does not operate during the afternoon or even early evening (the clue is in the name), so your ‘alibi’ is irrelevant.  Do you have another one or shall we move on?

Finally, reverting back to Savile, I’m reminded of his association with Margaret Thatcher, the fact that she tried to have him Knighted four times before succeeding in her final year in office…… and that there is, apparently, no system in place for his various honours to be rescinded/removed posthumously (so he remains a ‘Sir’ and with OBE and KCSG after his name).  Cool system, huh?!

I Beg Your Pardon

So much has happened and we have only had two weeks

Boris Johnson appears on ‘Would I Lie To You’

A Hundred Boris Johnson’s had a party

MI5 ‘have known for years’ about Christine Lee. Are the establishment distracting the public from Boris Johnson? 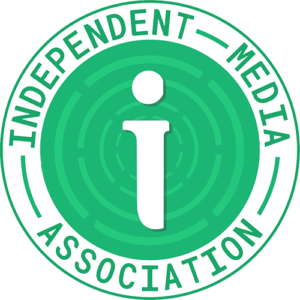